Chinese New Year, to me, always involves some kind of sharks fin soup – real or imitation. My late grandmother adored decadence. Every Chinese New Year, she would have a dozen of fresh chickens from the wet market delivered to her home and spend a fortune buying Chinese delicacies like fish maw, sea cucumber and shark fin. I grew up eating shark fin soup and parts from endangered animals like rhino horn.

When I became older and realise how the food I ate came about and the impact to the world, I stop eating them completely. I remember the shock I had when read and saw how sharks are treated in The Star newspaper. Since then, I never had a bowl of shark fin; not even if it was scooped and place infront of me at Chinese wedding banquets which I often attend. I even participated in a WWF campaign called Save Our Seafood,

Nowadays, I like making imitation shark fin soup. My grand-aunt (who is a lot more practical than my late grandmother) serves it yearly. While it may not be authentic shark fin soup, all who tasted her soup loved it (but she uses MSG). Here’s my simplified version using the bare minimum ingredients. It’s the easiest way one can make this soup: 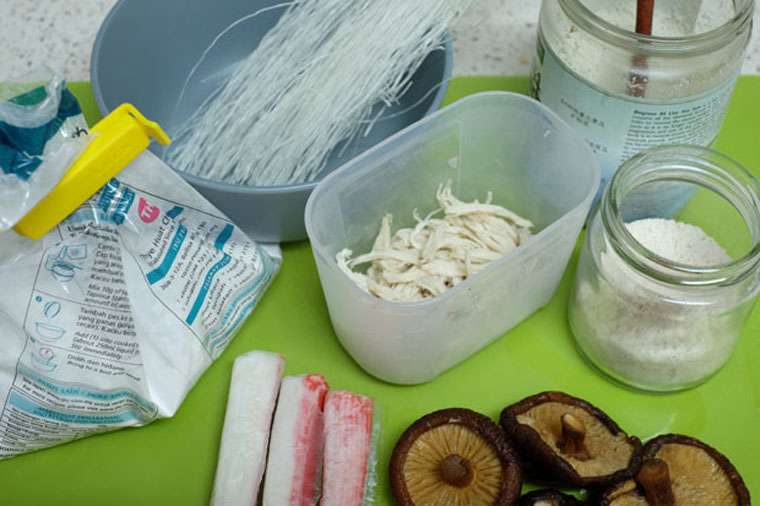 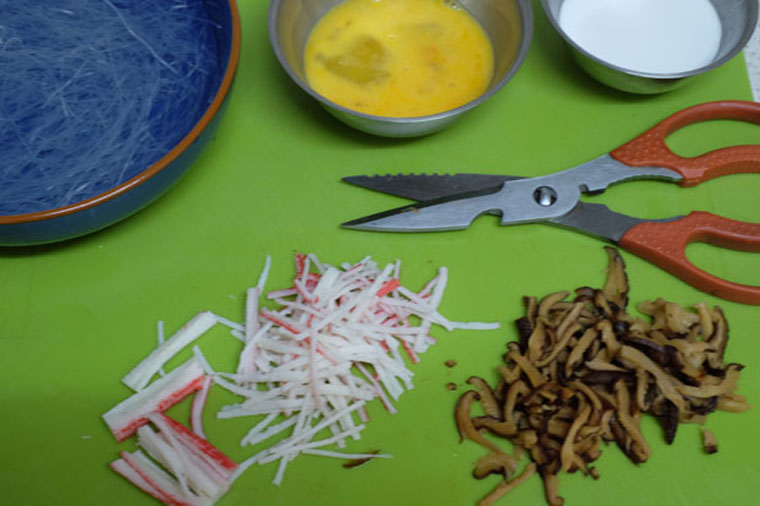 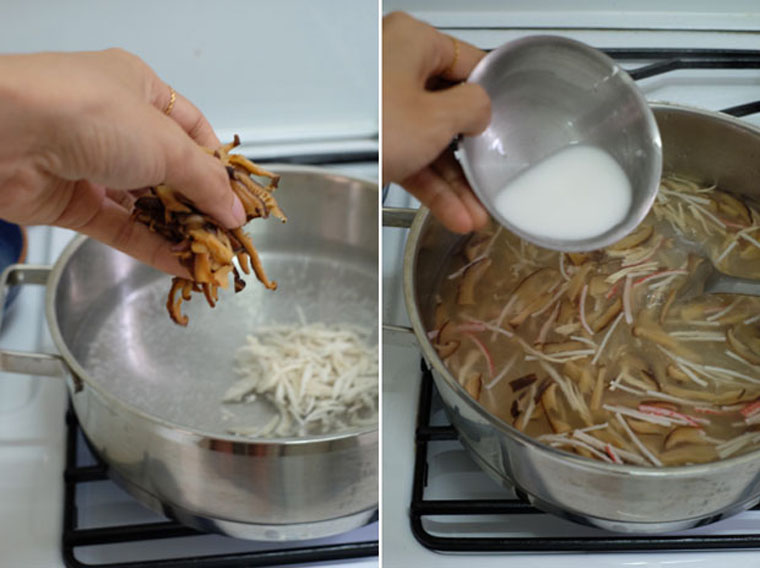 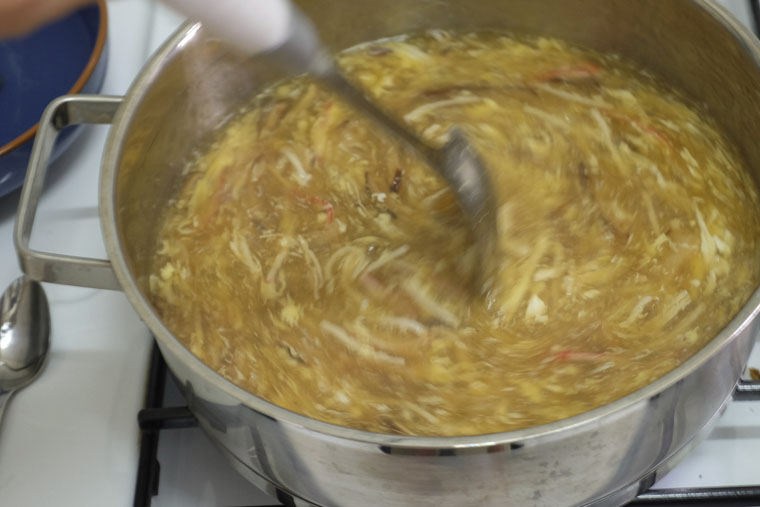