Chicken essence is the juices from the flesh and bones of chicken. It is extracted by double-boiling the chicken in high temperature for about three hours. The extract contains highly nutritious active components like protein, peptides, mineral, trace elements etc.

My search on food that boost energy led me to chicken essence, a traditional Chinese supplement. So nutritious and valuable, this liquid gold is normally reserved for the sick, new mothers and students who are about to face major exam.

My mother told me that during her after birth confinement (a practice where new mothers stay indoor for a month), she had a bowl of chicken essence everyday. It was so important to my family that my late grandmother will buy few chicken daily to make chicken essence and other nutritious dishes! Up till now, my mother always credit one of the reason to her robust health to good confinement (a positive outlook in life being another). 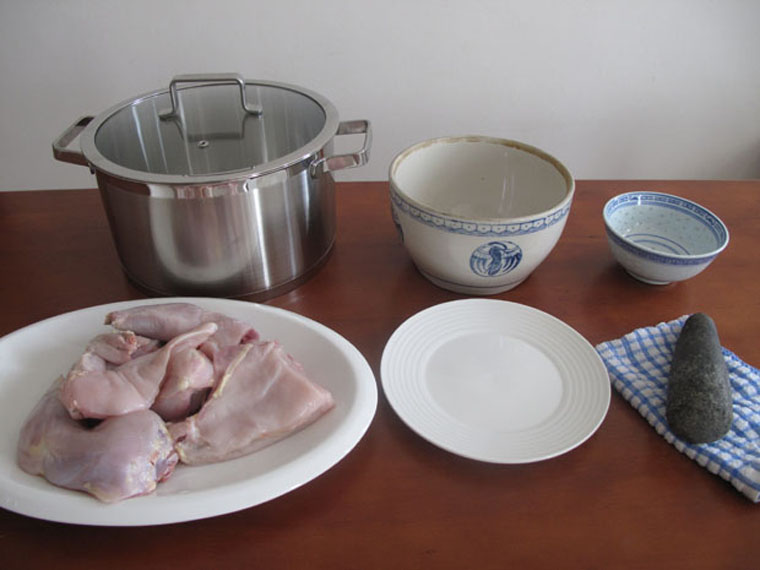 Pound chicken chunks to crush the flesh and bones. Place chicken into a large bowl lined with an up-side down smaller bowl. Cover and steam the entire large bowl in a large pot for 3 hours. Remove chicken. Strain essence into a bowl.

Originated since the Ming Dynasty, chicken essence is a health tonic that is now proven to have positive effect on recovery from fatigue caused by mental overload (source: Nagai, Harada & Nakagawa 1996). For over 600 years, the Chinese has been consuming the tonic for strength and vitality.

The recipe passed down from one generation to another. When I asked  mother how she learned to make it, she said in a matter-of-factly manner “There is no need to learn. Every woman knows how to make it”. Although it is time-consuming, I am pleased to find that it is rather easy to make; it is a matter of assembling things. All of the things that we need are easily found at home. 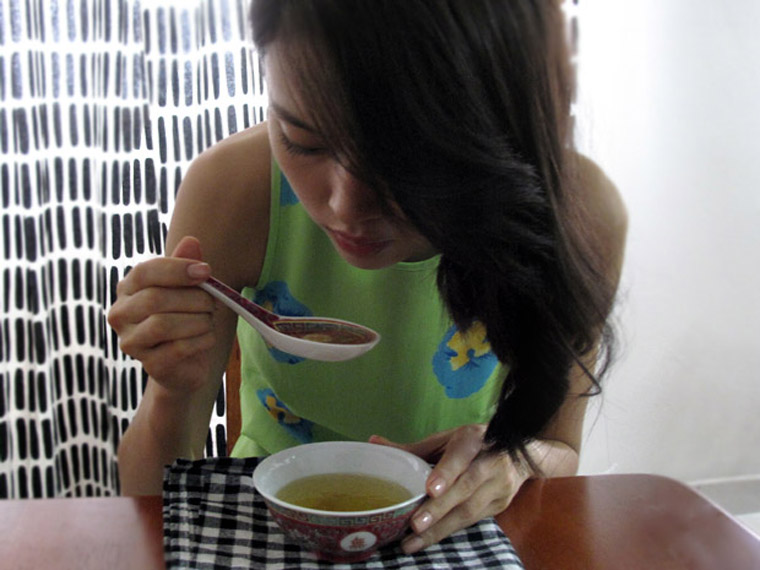 Do you consume chicken essence?

LIKE THIS RECIPE? GET CURATE RECIPES IN YOUR INBOX