I was on the plane, sitting next to a Malaysian who just graduated from university and Australian lady who in her sixties is already a great-grandmother. As we spoke about myriad of things, our situations naturally reveal our age.

When they found out that I was approaching thirty, the Australian was impressed “Asians always look much younger!”. The Malay girl who though I was her age quipped “I think it’s the soup. Chinese drink soup everyday!”

Genes definitely play a big role, but diet could be a major factor too; the girl could be right about the soup. ‘Bone broth’ – quintessential of Chinese cuisine – is recently touted in the western countries as the new anti-aging superfood. Do you know the New York Fashion week served bone broth and some replace their morning coffee with a cup of broth?

Until a few years ago, I have never been so fascinated by what I drink everyday. So I started reading more about the history and science behind bone broth. 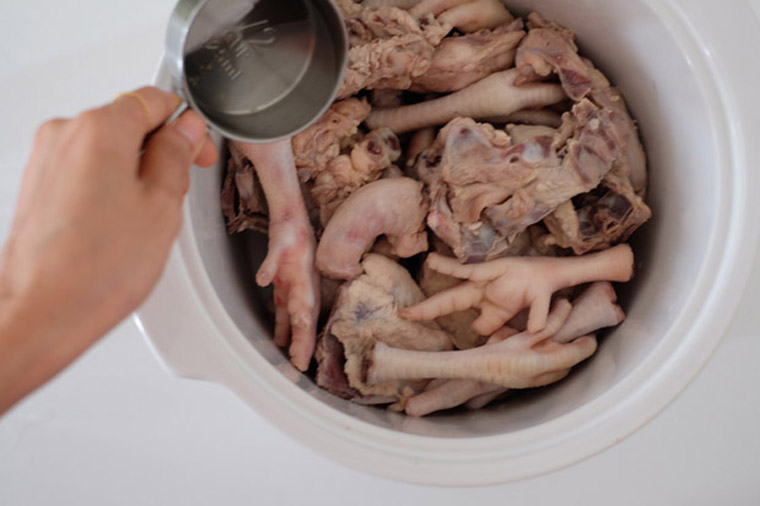 Q: How does bone broth keeps us looking young?

‘Broth feeds the epidermis, dermis, and underlying connective tissue layers of the skin from the inside out with the collagen, elastin and other nutrients it needs to plump out skin (source: Nourishing Broth, Sally Fallon Morell and Kaayla T. Daniel).

What’s the difference between stock and broth?

In short, there’s not much difference. Stock isn’t meant to be eaten on its own, whereas broth is ‘seasoned stock’, which is eaten as soup. It’s just a term that can be used interchangeably. However, the stock that we talk about is cooked in such as way that it is rich in collagen. 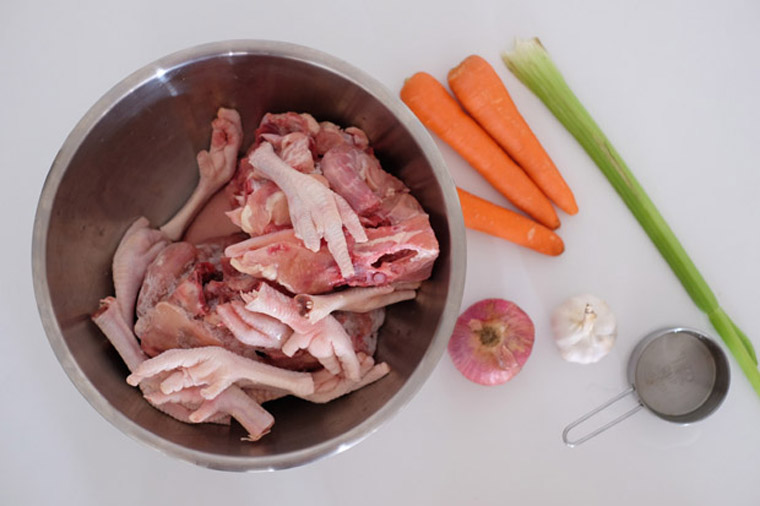 How to make collagen-rich bone broth?

The basic idea is to boil animal bones (e.g chicken) long enough that it sets up as solid gel if you put in the fridge. That is the mark of a collagen-rich broth. You need to use the right bones – those with a lot of cartilage. For chicken, do include the backs, wings, necks and feet.

How to include more bone broth in your diet?

Get into the habit of making your own broth often. I suggest against counting on getting good quality broth from regular restaurants. The broth is normally diluted and heavily flavoured with MSG. After getting into kitchens of many five star restaurants, I realise that even when you pay a huge amount of money, you may still not get the kind of bone broth that gels.

What I like to do is make a huge batch of quality bone broth and freeze them in separate containers. I use them in everything I make – whatever calls for water can normally be replaced with bone broth e.g imitation sharkfin soup, stew, stir-fry vegetables, congee, etc. Try this recipe: collagen-rich chicken bone broth 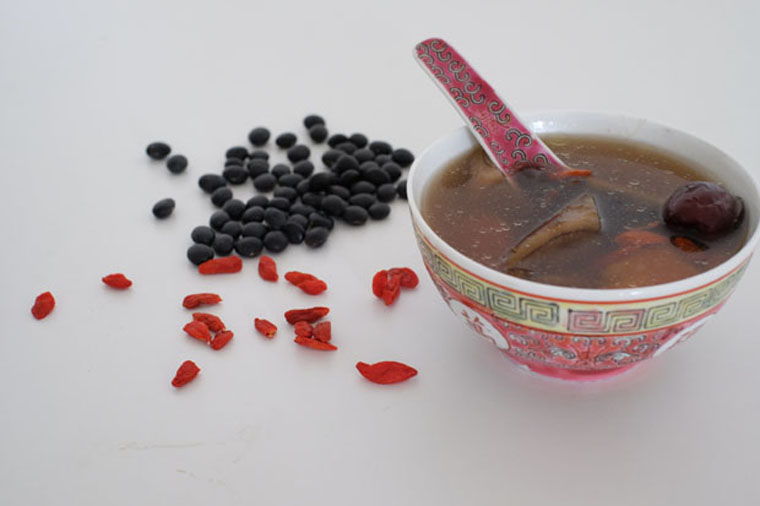 How much do you need?

I personally try to have a bowl of bone broth a day (though it doesn’t always happens). If you’re unwell, perhaps more bone broth may be good.

Daily requirements for collagen and other components of broth vary from person to person; they increase with disease, physical activity, exercise, stress and other factors. Brittle hair and nails, underdeveloped musculature, premature skin aging, osteoarthiritis, osteoporosis, gut disorder, and autoimmune disease are sure signs of deficiencies in collagen and other nutrients, which can be remedied with the help of genuine old-fashioned bone broth – Sally Fallon

Looking young is only one of the many benefits of bone broth. Collagen help bone strength and the minerals nourished our body. Don’t make it only for beauty, do it for your body. You deserve it!

2 thoughts on “How bone broth keeps us looking young?”