Old Cucumber is essentially cucumber which has been aged (which explains its name). This ingredient is usually used to make Chinese soup. A friend of mine who was raised in Nepal uses it to make pickles. In traditional Chinese Medicine, this gourd is believed to have ‘yin’ or ‘cooling’ (leung/涼) properties. Hence, it is usually consumed during hot weather to ‘cool’ the body.

This gourd is rather large, about 6 – 8 inches long and weight about 700 grams. It’s golden yellow to brown in colour, hence earning it the name ‘Lou Wong Kua/ 老黄瓜)’, which directly translated to ‘old yellow gourd’.

Cut it lengthwise and remove the seeds with a spoon. Do not peel the skin; leaving the skin intact will prevent the gourd from disintegrating and turns mushy (since we boil soup for long hours). Then chop into large chunks and toss it into a pot/slow-cooker to boil soup. 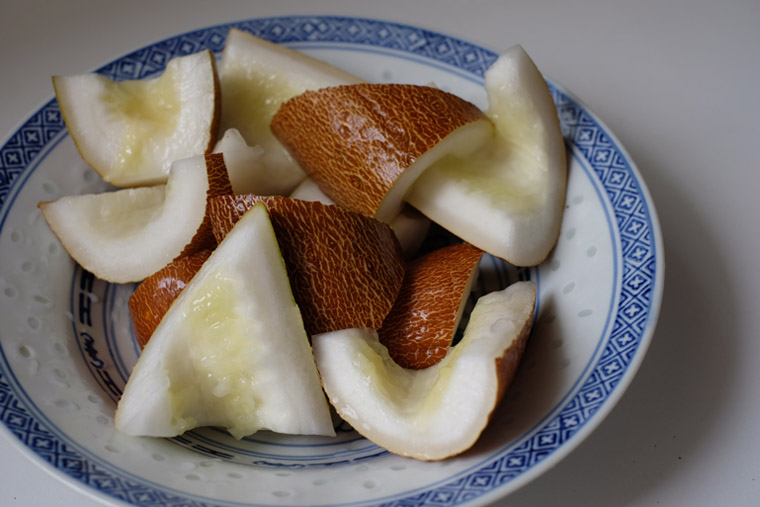 Store in the refrigerator, covered, for up to a month. Exposing it to air will cause the gourd to turn dry.