Belacan is a fermented cooking produce used in Asia. It's made mainly from shrimp and salt, then fermented for a few weeks. It's then sun-dried and cut into blocks for sale.

It is normally made commercially. However, some families at fishing villages makes it themselves too. I have bought one from the Portuguese-Malaccan community at Melaka

In Malaysia, it plays a major role in our food. It is used in a lot of our important dishes like nasi lemak and also made into salad dressing and dips

So important it is that when Malaysians leave their country to work or study, this is something that they will bring along.

The smell of belacan has been compared to a decaying corpse! (Read: Malaysian French Neighbour In Paris Mistakes Belacan For Stench of Dead Body)

But I believe fragrance lies in the nose of the beholder. For me and other Malaysians, belacan smells good and we use 'fragrance' to describe the smell of this pungent seafood produce.

As it is made with salt, it's very salty. The prawns/shrimp and fermentation process gives is a deep umami taste.

Many Americans and Europeans that come to my cooking class dislike the smell, but love the taste of it.

Some people likened it to fish sauce and suggest using that as a substitute. Korean guest that came to my  Nasi Lemak Cooking Class mentioned that they love the nasi lemak sambal (which contains belacan) because they are familiar with fish sauce.

I did read in cookbooks written by Malaysian overseas (such as Norman Musa) use fish sauce as substitute. It's a clever idea if you really cannot get belacan.

Both belacan and fish sauce are made from fermented seafood and has similar umami taste. However, it is not the same. Belacan has a very distinct taste (and smell).

Other names of belacan

Belacan and petis udang are both different, and cannot be used as substitution for each other. However, in English they are both called shrimp paste (source: Wikipedia).

How to choose a good quality belacan

The smellier, the better! I think that's the easiest way to see it. I have bought some belacan in powder form that barely smell and another that makes the whole kitchen smells. The latter tasted really good.

Note that you can buy both raw and toasted belacan. Raw belacan need to be cooked or toasted before used.

You can get belacan in the raw or cooked (toasted) form. Cooked belacan are either sliced or blended into powder.

Should I get raw or toasted belacan?

If you value taste more than convenience, I suggest buying raw belacan and toast it yourself. This way, you can get the best quality belacan and make it fresh. After toasting, I like to crush it into smaller pieces so that it's easier to use.

However, toasting belacan will release a very strong smell. If you don't have a kitchen with good ventilation or live very near to your neighbour, your kitchen will smell and your neighbour may not be pleased.

In that case, I suggest buying toasted belacan in sliced rather than powdered form. I found that powdered belacan is not as fragrant (or smelly, depending on how you see it). 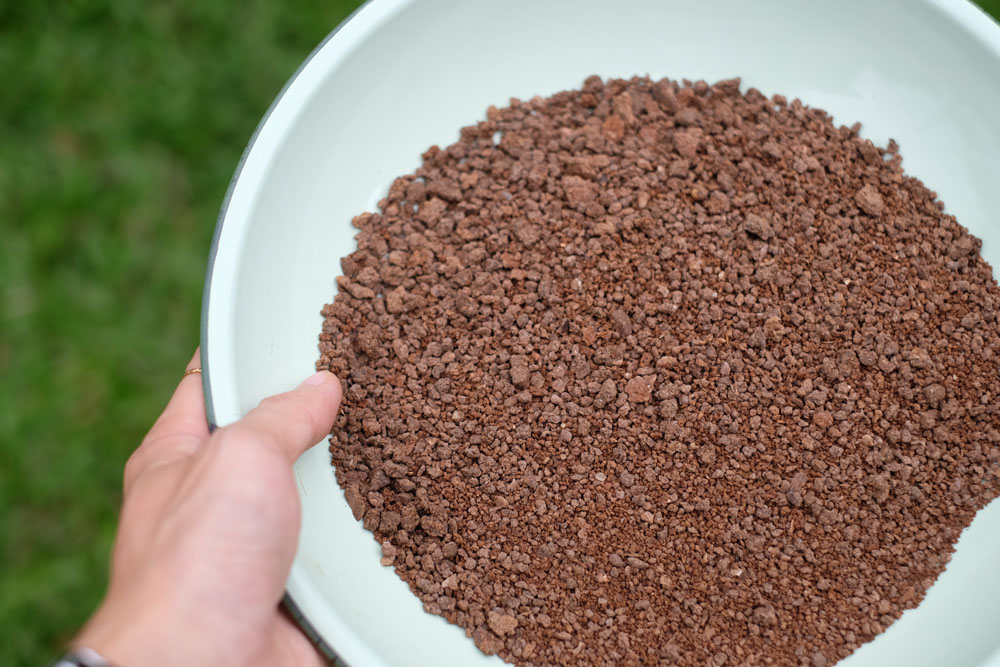 The Malaysian Chinese believe that prawns and things made from it is 'toxic'. When recovering from a cut, they believe that this is something that we shouldn't eat as it will slow/interfere with healing.

Google research led me to a study that show that shrimp paste can reduce the enamel erosion by acidic food and re-harden softened enamel.

Store in a dark and dry place.

I believe in eating everything in moderation. While belacan is not seen as a superfood in my family, we use it occasionally to make delicious Malaysian dish like: 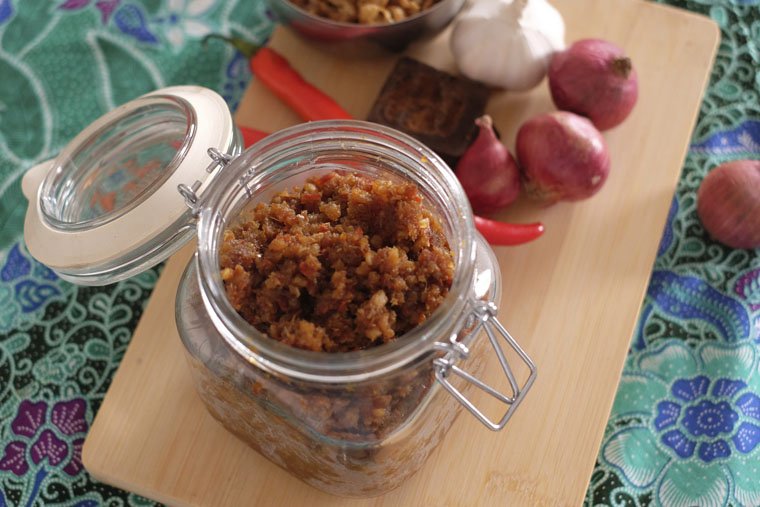